Capturing survivors’ memories, one photograph at a time 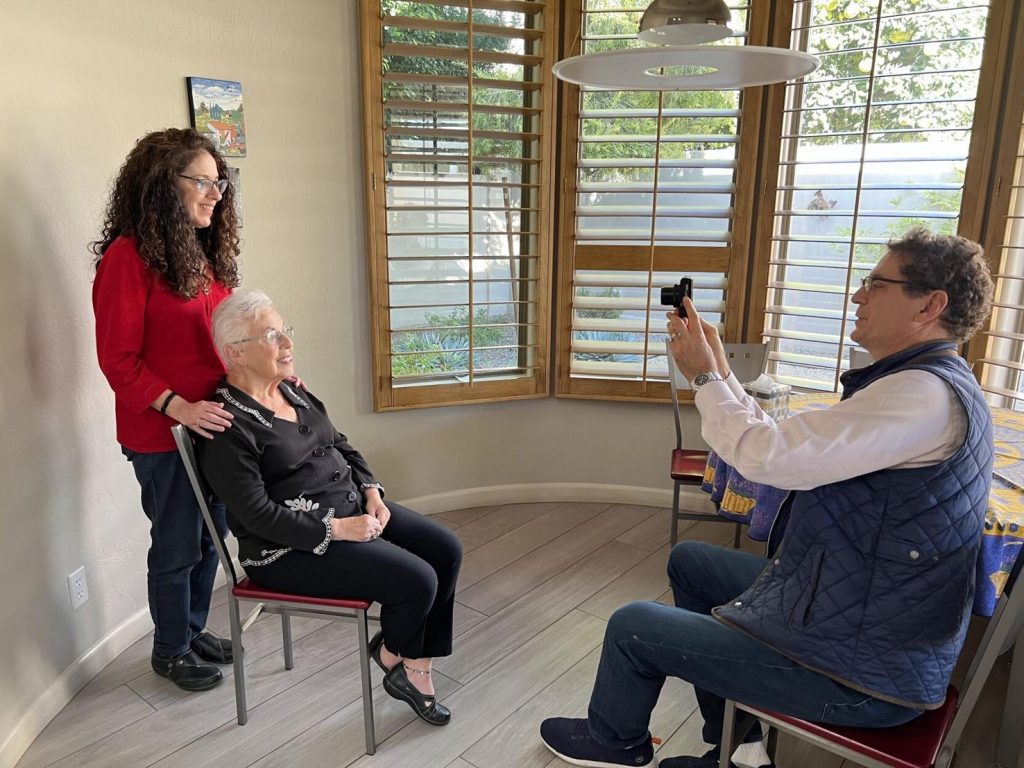 John Pregulman was in Phoenix the weekend of Dec. 11 to see some old friends from BBYO. While in town, he sought out Holocaust survivors living in the area.

That wasn’t unusual for him. Wherever Pregulman travels, he sets aside time to meet with and take photographs of Holocaust survivors.

“It’s really important to them to be remembered, and this is a way to honor them and to give them the dignity and respect that they deserve,” he said. “There’s not that much time left.” 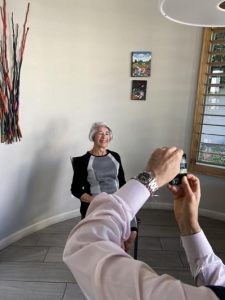 Holocaust survivor Kathy Gross gets her portrait taken by John Pregulman in Scottsdale on Monday, Dec. 13, 2021 I Photo by Sheryl Bronkesh

Pregulman, who lives in Denver, is passionate about helping Holocaust survivors and ensuring they and their stories aren’t forgotten. He began taking photographs of survivors in 2012, and in 2015, he and his wife, Amy Israel Pregulman, founded KAVOD, a nonprofit providing survivors emergency financial assistance.

Pregulman is Jewish but never had much exposure or interaction with Holocaust survivors until a friend asked him to take photos as a favor. His friend had become the executive director of the Holocaust Museum in Skokie, Illinois and there wasn’t a budget in place for pictures.

“I expected to take five or 10 pictures maybe, and I ended up going to the Skokie Museum and taking 65 pictures of survivors,” he said. He spent three days in the museum and fell in love with his subjects.

“I went up there expecting to see unhappy, sad people who didn’t have a very good outlook on life. And I found them to be positive, happy, accomplished people despite what had happened to them,” he said. “It was a life-changing experience.”

In 2015, Pregulman was taking a photograph of a 94-year-old survivor in her Orlando home when she offered him a snack. When she opened the fridge, he was surprised to see so many empty shelves. He asked what was going on, and she told him she had to choose between spending money on groceries or fixing her air conditioner.

He told his wife about what he witnessed. “We just found that unconscionable, and we had to do something.”

“We were both very immersed in our Jewish communities and felt kind of blindsided that we didn’t know that this was a problem,” she said. “We found that even though there were resources, there was a gap in what was needed and what was available.”

The national nonprofit began working with agencies in communities across the country to help fill the gap. KAVOD, in partnership with Seed the Dream Foundation launched KAVOD SHEF (Survivors of the Holocaust Emergency Fund) in 2019. That same year, KAVOD SHEF partnered with two Phoenix organizations: the Jewish Federation of Greater Phoenix and Jewish Family & Children’s Service.

KAVOD SHEF raises awareness about the unmet emergency needs of survivors and raises money in 33 communities across the country that is matched dollar for dollar by a coalition of national funders led by Seed The Dream Foundation.

JFCS helps find survivors who can benefit from the fund. Last year, the nonprofit filled 65 requests from Holocaust survivors between Tucson and Phoenix.

John has been to Phoenix before, but he only took pictures of Phoenix survivors for the first time on his recent trip.

Sheryl Bronkesh, president of the Phoenix Holocaust Association, and others helped John find and coordinate photo sessions with local survivors. 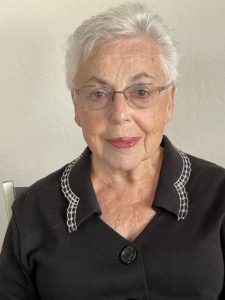 Marge Rich, who lives in Sun City and is a survivor of the Terezin concentration camp, was photographed with her daughter, Michelle Rich.

Marge was 4 years old when she went into the labor camp 30 miles north of Prague in the Czech Republic with her mom and 10 other family members. For three years, she hid in the barracks. Each morning she would see her mom and grandmother leave for the day unsure whether they would return.

She vividly remembers the horrifying things she felt and saw, and the noises she heard: people digging their own mass graves, the “pop pop pop” of gunshots, bloody snow, people falling in their tracks. “Things a 4-year-old kid shouldn’t be seeing,” she said. “When my mother came home I was so happy to see her.”

In 1945, the camp was liberated by the Russians. Only she and her mother survived. 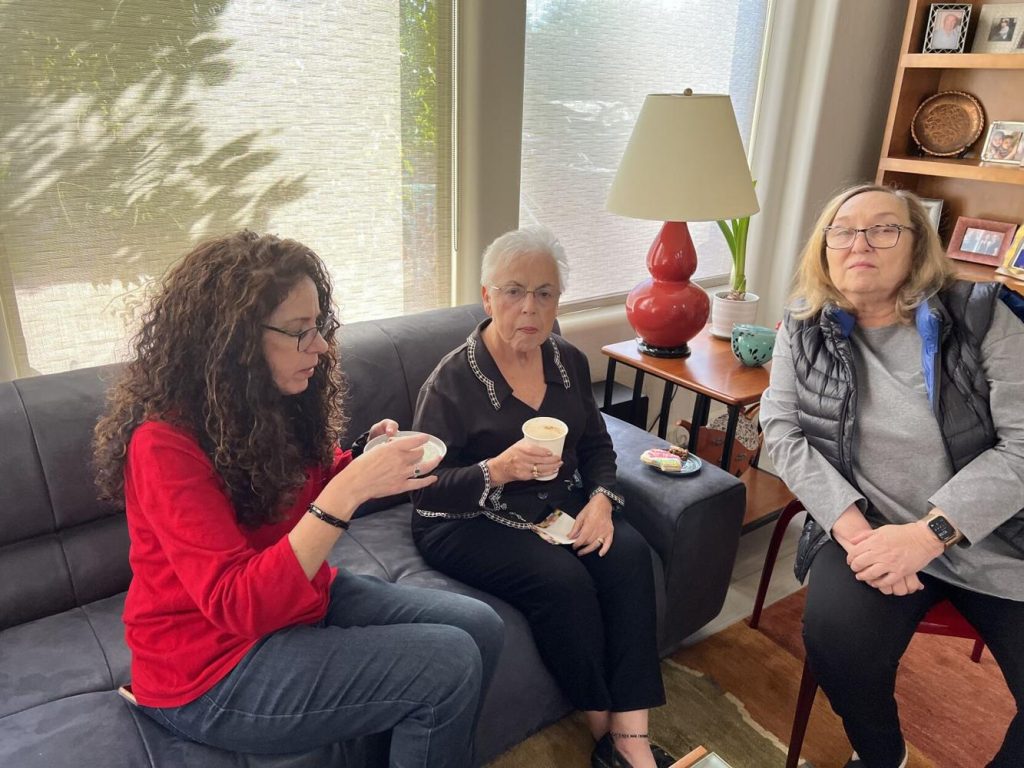 She wants the world to know of her, know her story and to never forget what happened.

“This is just going to happen again and again because people don’t remember; they don’t want to remember,” she said. “I want it taught, researched — I want everyone to know about it.”

“There are so few survivors left,” Michelle said. When her mom is no longer able to share her story, Michelle plans to continue that work for her.“Everybody’s lucky to be alive — I am particularly lucky to be alive.”

Pregulman used to take portraits using professional lighting and a big Nikon camera, but over the years, he found a more casual setting works best.

“Sometimes they smile, sometimes they don’t,” he said. “In a lot of these people, you can see their experience in their eyes. We don’t ask them to tell their stories to us, but a lot of times they do. And many times it was for the first time.” JN 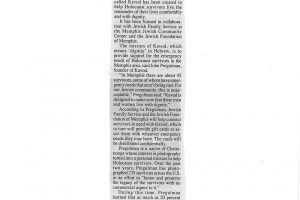 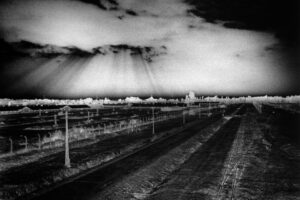 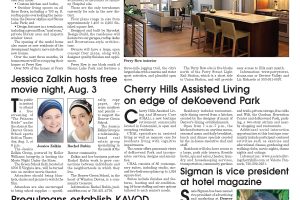 Pregulmans Establish KAVOD To Help Aging Survivors After all the[...]